ICTY/Isabella Tan Hui Huang Items recovered in a warehouse in the former Yugoslavia where men and boys were held, were used as evidence in trials at the ICTY.
INTERNATIONAL, 20 July 2021, Human Rights - Survivors of a massacre of mainly Muslims in the former Yugoslavia, and people associated with the perpetrators of what has become known as the Srebrenica genocide, have been telling their stories in a new exhibition by the United Nations, released 26 years after the events took place.

Some 8,000 boys and men were killed by Bosnian Serb forces when they overran the town of Srebrenica during a regional war in the Balkans in July 1995, the largest atrocity on European soil since the Second World War. 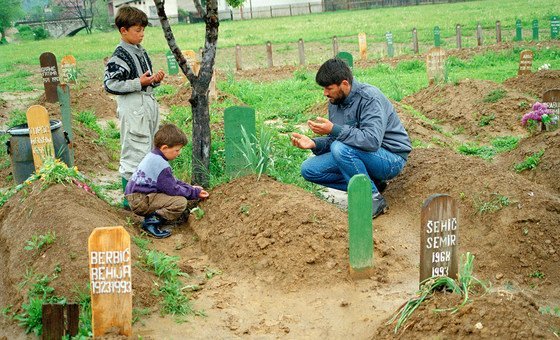 The exhibition in the form of a timeline, explains how the genocide was planned and carried out.