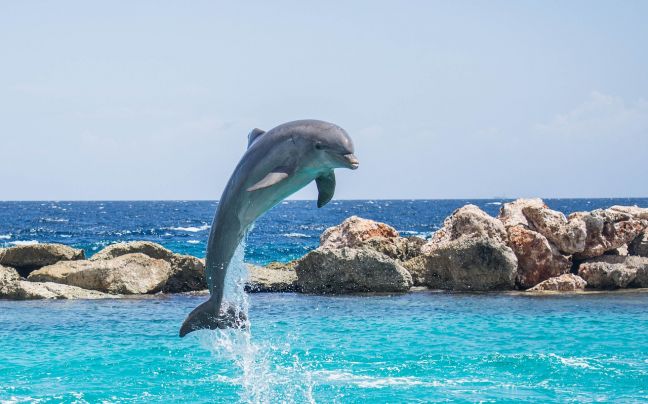 SINT MAARTEN/BONAIRE (COMMENTARY – By Tadzio Bervoets) - It is with much concern that I read a news article regarding questions posed by Members of Parliament to the current Minister of VROMI concerning a potential development at Beacon Hill. My specific concern is related to the environmental and ethical impacts a development of that size will have on the sustainable development and public image of Sint Maarten.

Although I must provide a caveat to my subsequent statement by saying that these are but rumors, I have particular concerns of information reaching me that this area is again being considered for another dolphinarium or swim-with dolphin facility. Sint Maarten is yet again faced with a rumored development of a captive dolphin facility, despite countless efforts by community-based organizations to oppose such facilities.

Additionally, the negative international press attention such a facility can mean for the country cannot be understated, especially as it relates to Sint Maarten needing to diversify and become more sustainable as she recovers from the impacts of Irma and Maria and the Covid19 Pandemic. Aside from the ethical and moral reasons for not keeping dolphins in captivity there are also considerable negative socio-economic and environmental impacts that a development of that size will have, dolphins or no dolphins: the construction of such a large development will likely affect the longshore movement and deposit of sand along the critical tourism beaches of Maho, Mullet Bay and Cupecoy.

The sand is at risk from being permanently washed away from these areas. Additionally, the building of a significant structure can also kill native seagrass and coral, of which we have already lost so much since Irma. If a dolphinarium is being considered, dolphin fecal matter coming from holding pens will increase the nutrient load in nearshore environments and can result in harmful algal blooms, skin irritations and ear infections. I am sure that no visitor to the island will enjoy swimming in an area loaded with feces.

Captive Dolphin Parks and the communities that condone them are experiencing negative press through international pressure groups and movies such as Blackfish and the Cove; I would like to urge that consideration instead be given to a program where education and conservation of wild cetaceans including whales and dolphins is the focus, instead of captive programs which are inherently dangerous to the animals and the people that frequent them.

This is the fifth time that Sint Maarten has had to respond to plans against a dolphinarium, whether rumored or not, and I would like Government and Parliament to seriously consider the enacting of the draft legislation which Dolphin Defenders submitted in 2011and every subsequent time a development of this type is being considered.

As Sint Maarten emerges from the unprecedented effects of the lockdown further exacerbated by the lingering impacts of Irma and Maria, it is now time for the island to move towards high-end, sustainable and nature-based tourism. It is time for the island to reinforce the conservation of natural areas for the benefit of the economy, the population and for the maintaining of natural resources; the three pillars of Sustainable Development. It is not the time to again place focus or emphasis on an unsustainable, unethical and irresponsible development for development’s sake which will negatively affect the image of our beloved Sint Maarten, whether the rumors are true or not. I therefore look forward to the response from the VROMI Minister to the questions requested from the Members of Parliament.