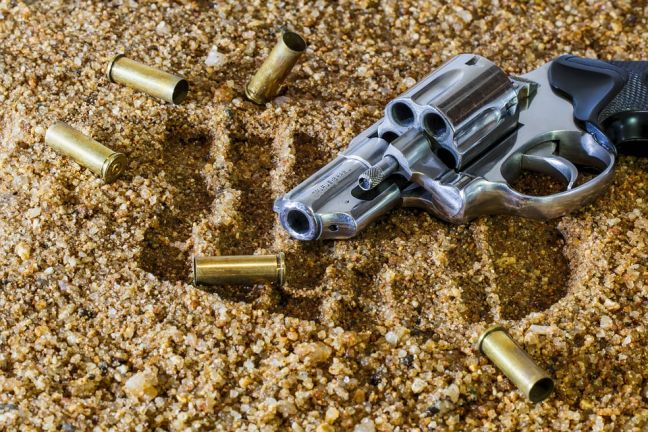 SINT MAARTEN (ST. PETERS) - The Special Unit Robbery is investigating an armed robbery with a firearm that took place on Grapefruit road in St. Peters, police said on Friday in a statement.

On the scene, the police patrol learned that five men all dressed in dark clothing, one of the men armed with a handgun, approached a scooter rider who was parked on the side of road.

Under the threat of the weapon they forced the rider to hand over his scooter.

After robbing the young victim of his scooter, the suspects fled all in different directions.

The police force is asking the community of Sint Maarten to be vigilant, since there is a slight increase in armed robberies of scooters owners and robberies being done with scooters over the last few weeks, police said on Friday.

We are urging the community to come forward with information concerning these crimes. Only together we can stop these types of combat crimes, the police stated in their Friday police report.

The detectives investigating this armed robbery case is asking anyone who has information about this robbery to contact the Sint Maarten Police Force, at +1 721- 542 22 22 ext. 204 or 205 or the anonymous tip line on 9300 (free of charge).

You can also visit the website at www.policesxm.sx to report crime anonymously via the tip contact form, or you can leave a Private Message via their Facebook page (Police Force of Sint Maarten - Korps Politie Sint Maarten) if you know or suspect something. (KPSM)