UNFPA China On Feb 26, a shipment of adult diapers donated by UNFPA arrived in Wuhan and was distributed to local hospitals.
INTERNATIONAL, 26 March 2020, Health - Many countries have recently begun to introduce lockdown measures that have led to many citizens having to spend much, if not all, of their time at home. For those in Wuhan, China, where COVID-19 is believed to have originated, the period of self-isolation has lasted around two months. UN News spoke to Dizi*, a Wuhan resident, to find out how she has been coping. The interview has been translated.

When the shutdown happened it felt a little sudden, because it began on January 23, the same day I came to my parents’ home for a visit. In fact, there was no time to respond. I felt the epidemic was very serious at that time, but I didn’t anticipate how long it would last. At that time, I thought that the lockdown would probably last for a few weeks.

As time went on, the lockdown become more and more strict. In the first week or two, residents could go out to buy vegetables, or other goods, and supermarkets were open. Then, with more and more serious cases of the virus, it was suggested that the elderly should stay indoors and not go out at all.

Most people were not allowed to enter or leave the community, apart from doctors, nurses and some workers with a pass. 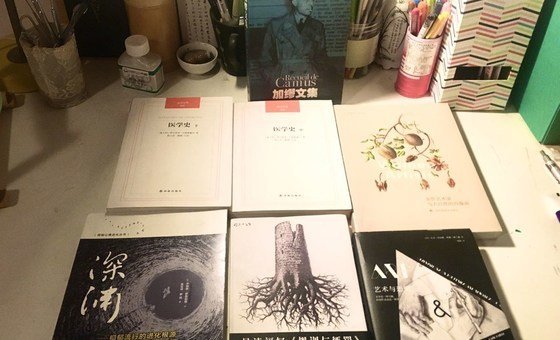 Books read by a Wuhan resident during Covid-19 quarantine , by Dizi

I remember during the first two or three days, I looked at my phone for 13 hours a day, that is to say, whenever I was awake. I was checking the news about the virus, because the number of cases in Wuhan were going up too much in those days, and nobody was really sure how many patients there were, or how many beds were available. So, I was nervous.

Before the shutdown I was being treated for depression, with antidepressant drugs. Once the epidemic hit, I couldn’t get access to the medicine, so I decided to find other ways to cope, by exercising more, getting some sun on my face every day, and reading books I’ve never got around to starting.

The confinement period was longer than expected, and I think that most people weren’t prepared for it. At first, we thought it was a week, then a fortnight, then it was a month, and now it has been two months.

Having a daily routine is very important, as is keeping up with regular activities. Reading is the simplest, then practicing a musical instrument: engaging in artistic activities, which can really make you feel better and, when you concentrate to practice, you will soon forget other problems.

Keeping it in the family

It can be hard being cooped up too long with the family: I only planned to visit my parents for a week, but now it’s been a long time!

I think that being together has allowed us to show more love for each other. Dizi*, Wuhan resident

If there is some friction with the family due to the small space, we can actually find ways to avoid it. For example, during certain periods of the day, the three of us will stay in different rooms: one person in the living room, one person in the study, and the other person reading in the bedroom, or exercising outside, so that everyone has different space for activities.

In fact, I think that being together has allowed us to show more love for each other. For example, my father couldn't go out to have his hair cut, so he let me do it for him. This was the first time since I've grown up that I’ve cut his hair, and it made us both very happy.

The importance of communication

News about the development of the epidemic has been continuously broadcast on a rolling basis every day, with experts invited to tell the public about medical problems that need to be paid attention to, including psychological counselling.

Hubei TV, our local station, frequently interviews volunteers, so that we can see what ordinary people around us can do in this situation. Not only is it some positive news, it also shows how ordinary people have great power.

As for my team at work, we report our health condition in the group every day. We also ask everyone in the community what kind of food they need every week or two. And, if old people urgently need medicine, the community can go and buy it for them.

A lot of useful information is on the internet, but there’s also a lot of negativity out there, so it’s important to spend time communicating with loved ones and close friends. Once this is passed, we will still want to live with them or have a close relationship with them! So, don’t fill your time by looking at negative social network posts. 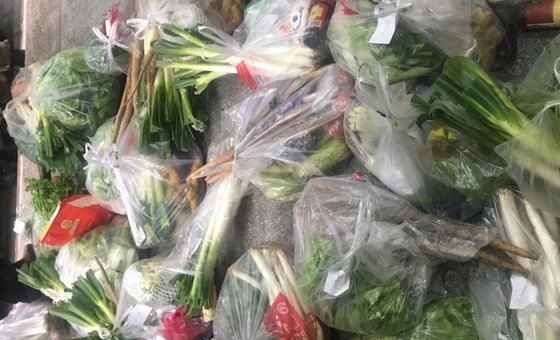 vegetables delivered by community workers to Wuhan residents during quarantine, by Dizi

We certainly need to show our respect and gratitude for those who can’t stay at home. Without the doctors, nurses, and community workers, we wouldn’t have been able to contain this virus.

But we’re also making a contribution if we protect ourselves, don't catch cold, don't get sick, don't go to the hospital, and don't become a burden to anyone. And most importantly, stay at home!

Maybe after the epidemic is over, we will meet community workers or volunteers, as well as medical personnel, and show them even more respect than before.

Readers can find information and guidance on the outbreak of the novel coronavirus (2019-nCoV) from the UN, World Health Organization and UN agencies here.For daily news updates from UN News, click here.

A changed outlook on life

This experience has definitely changed my outlook on life. I have stayed at home for two months, and it feels as if the world has become smaller, and larger at the same time. I mean that, although my movements have become limited, I can still get a lot of information. I now know a lot about infectious diseases, and my own health habits. My relationship with my family members is much closer than before, and I’ve got back in touch with old friends I hadn’t heard from in many years.

We’ve also seen, since the early days of the virus, so many people volunteering, helping to find protective clothing, and offering psychological assistance. It makes me feel that these things may have been something I didn't pay attention to before.

And for me, personally, as someone who has had some emotional problems, this has been a time for rest and study. Initially, I felt helpless, but now I can calmly accept the loss of free movement. And, if something similar happens in the future, I think I will be able to deal with it.

Rate this item
(0 votes)
Tweet
More in this category: « Life-saving vaccinations must not ‘fall victim’ to COVID-19 pandemic – UNICEF chief A sustainable global economy must arise once COVID-19 pandemic is reversed, UN chief tells G-20 summit »
back to top