MINUSMA/Gema Cortes UN peacekeepers in the Mopti region of central Mali during a military operation.
INTERNATIONAL, 6 December 2019, Peace and Security - The international community on Friday took stock of action to improve UN peacekeeping in line with a Security Council resolution aimed at enhancing performance at all levels, both at Headquarters in New York and in the field.

The UN welcomes opportunities to review its effectiveness, Secretary-General António Guterres told the meeting on Resolution 2436, adopted in September 2018.

To strengthen performance and effectiveness, we are increasing the number of women in peacekeeping at all levels. In @UN_CAR, women soldiers on patrol have helped reduce the number of cases of conflict-related sexual violence. #A4P #UNSCR2436 #PKPerformance 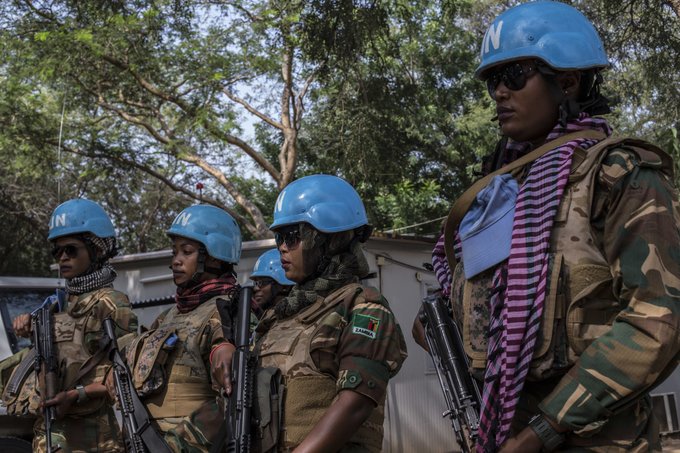 “Across all missions, we have introduced new systems and tools to evaluate performance. These include regular military and police unit evaluations and a hospital evaluation system,” he said.

“As a result, we are engaging with Member States in a more focused way. In some cases, we have repatriated underperforming troops; in others, we have deployed mentors or training teams.”

There also has been progress in intelligence sharing, reducing gaps in vital equipment, improving safety and security of peacekeepers, and in increasing the numbers of women serving under the UN flag, among other areas.

While underlining her country’s strong support for peacekeeping, US Ambassador Kelly Craft stressed the need for accountability.

Poor performance harms the reputation of both the UN and the countries which contribute to peacekeeping, Ms. Craft said. She listed some of the consequences such as troops being left vulnerable to armed group attacks in the Democratic Republic of the Congo (DRC), or peacekeepers sexually abusing children in the Central African Republic.

“But a far greater concern is that it puts human lives at risk: those of the people the UN is mandated to protect, and the peacekeepers sent to protect them. For all their sakes, we must hold peacekeeping missions, leadership, and uniformed and civilian staff accountable”, she said.

Mr. Guterres said the Organization was “doing everything possible” to improve accountability and end sexual abuse and exploitation by peacekeepers. Strong prevention and response measures, as well as the appointment of a Victims’ Rights Advocate, were among the steps he mentioned.

The UN chief called for increased momentum and partnerships in building what he sees as “a culture of continual improvement and accountability”.

He laid out 10 points for collective action ranging from greater support for UN missions operating in the most challenging environments, to enhancing intelligence, situation analysis and understanding of the needs of the authorities and local people in countries hosting UN missions.

There are also plans for the UN to work with countries that contribute uniformed personnel to peacekeeping missions in building a framework to better systematize performance evaluation and accountability.

With the UN currently experiencing a cash crisis, which also affects peacekeeping, the Secretary General urged countries to ensure the Organization remains funded.

“United Nations peace operations are more cost-effective than ever, but we cannot implement mandates without consistent, predictable, adequate financing”, he said.  “We need budgets to follow mandates, not mandates to follow budgets.”